Designing a unique and proper fantasy world takes time and effort. Many of the types of worlds you can dream up have already been created, but that doesn't mean you can not use them. Some developers and publishers want their games to look just like everyone else's. Others want to design something completely unique and try to twist their worlds into a completely original monster.

World Design Considerations
While designing your fantasy world, you'll first need to consider what sort of world you want to present. Every successful game has some sort of theme bringing it's world together. Are you on board a flying ship of some sort? Are the characters trapped in a jungle? Perhaps the characters are trying to escape from something? Consider where the storyline is taking place. Your entire story could take place in a theme park, or it could encompass an entire globe and parts of space.

The ingredients to a great video game are plain to see by just about anyone. You need to have excellent graphics, an intuitive playing style, wonderful music, and a great story. While many companies blow their entire budget on making the game as beautiful as possible they tend to forget the final, key, element: the story. A great story can make a simple game evolve and leap off of the screen. Look at projects like 'Bastion' and the new 'Walking Dead' video games. The story there is the driving force that keeps players and, more importantly, customers coming back. Knowing that the story is important can help, but you have to still go out there and craft the perfect fantasy story world. Let's take a look at how you can accomplish this!


Make your world stand out. Define it.

Whether you are writing high fantasy, with dragons and sorcery, or science fiction, with robots and spaceships, you need to establish your world in a real and tangible way. It is not and never has been enough to throw up a piece of text that says 'Year: 2333'. That's lazy game making and worse, terrible storytelling. Even if your game is wrought with action and character dialogue, how these characters fit within their world is a key part of understanding the challenges or successes they've faced up to the point in time that your game begins.

So in order to establish your world you need to follow a few simple rules. These rules are applicable in traditional writing and fit perfectly with this generation of game makers. The first rule is: show, don't tell.

What we mean by 'show, don't tell' is quite literal. Rather than telling me that we are experiencing the year '2333', I want you to show me it. With every part of your game you should be striving to paint a picture in my head of this setting. The music should be futuristic, the graphic elements should be sleek and modern, and I should see things that are familiar but in a new way. For example: Rather than utilizing the traditional American dollar as currency perhaps use something futuristic sounding like 'Credits'. This terminology, paired with your new layer of style, should go a long way toward telling me that we are in a different time and place.

You can possibly add in flying cards, slightly bigger iPads, or anything else that seems likely to be something we have by that year. In fact, if you follow this simple tip you never really need to establish a year at all! Leave it up to the imagination of your customers and players at home! 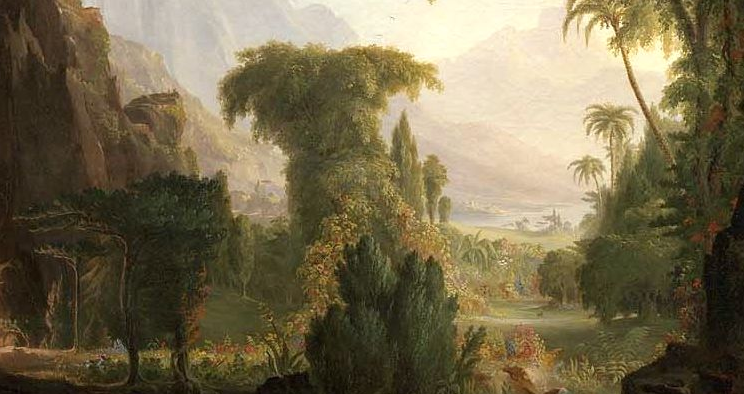 An idea: Show Something Old in a New Way

The reason that fantasy worlds are so alluring to people is that they are familiar to us, in terms of basic concept, but they feel new and refreshing. For example, we all understand what a car is but what about a futuristic floating car that works via magnets? That's pretty fantastic! It's easier for your players to get in the headspace of the game if they can identify with what they see but are still impressed by it.

This concept spreads even further than the physical objects that exist within the space of your game. Think also of philosophies and life choices. This is a lazy comparison, but look at what you can do with the idea of Hitler's perfect race. The atrocities he committed in the name of perfection can be easily translated to a futuristic setting or even a classical one. The audience will understand the motivations of your characters in this fantasy space if they utilize previously established mindsets. The hit video game 'Bioshock' did this to superb success.

The best things in life are done with a ton of heart and a head full of steam. When an ambitious developer sticks to their guns and pursues their story with an almost reckless anticipation, good things tend to happen. You don't want to get halfway through writing your epic Space Western when you decide to change gears and make it more palatable for the general public. J.R.R. Tolkien didn't care one bit about telling a great story. He wanted to create his world and fill it with characters he loved. Quentin Tarantino is a relentlessly ambitious writer with panache and grit for days. These artists never compromised and they reached the pinnacle of their respective fields because of it. They are visionaries for it.

At the end of the day your fantasy world will help your video game rise to the top of the list or make it fall out of favor. You are only going to get out of the world what you decide to invest into it. So keep these tips in mind as you go forward! Copyright (c) 2014 TheFantasy.info
Fantasy video game development tutorials, scripts, designs, and more from your fantasy source.